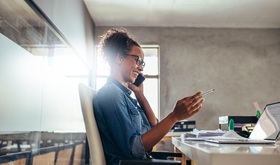 The minimum wage is a divisive topic amongst entrepreneurs. Many feel that paying their employees a living wage is not just an ethical thing to do but also makes good business sense. Many others are concerned about whether they could shoulder the expense of boosted wages.

From a public policy perspective, it is important to balance the concerns of small business owners with the economic health of the city, state or nation in question. That means understanding how a minimum wage increase could affect small and midsize businesses, and how to implement increases so as not to shock the local economy.

What is the federal minimum wage?

Introduced in 1938 as part of the Fair Labor Standards Act, the federal minimum wage provides a threshold below which wages cannot legally drop – with some notable exceptions, such as jobs that generate tips alongside an hourly wage.

The current federal minimum wage is $7.25 per hour. The last time it was increased was July 24, 2009, when it increased from $6.55 for all covered, nonexempt workers to $7.25. Nearly 11 years have passed since then, which is the longest period of time without an increase in the federal minimum wage since its creation in 1938.

Tracking the value of the federal minimum wage against inflation

It is not just the nominal minimum wage that matters, but also its purchasing power against the contemporary cost of living. While the federal minimum wage has increased from 25 cents per hour in 1938 to $7.25 per hour today, it is not indexed to inflation. Therefore, over time, the real value of the minimum wage has declined substantially.

Since 2009, when the federal minimum wage was last raised, the value has dropped by 17% due to inflation. Inflation is the decline in purchasing power of a dollar, which is expressed by an increase in costs of living, including housing, transportation, utilities and necessary goods like groceries. Since 1968, when the federal minimum wage was $1.60 per hour – or at its peak value of $10.54 per hour in 2019 dollars – the value of the minimum wage has declined by more than 30%.

The tipped minimum wage is distinct from the hourly minimum wage. Tipped workers, such as servers in a restaurant, are not covered by the same minimum wage as hourly workers. Instead, their employers are only required to pay the federal tipped minimum wage, which currently stands at $2.13 per hour, according to the U.S. Department of Labor.

Editor’s note: Looking for the right payroll service for your business? Fill out the below questionnaire to have our vendor partners contact you about your needs.

Minimum wage at the state and city level

What is the highest state minimum wage?

Washington has the highest state minimum wage in the nation at $13.50 per hour in 2020. It is followed closely by California and Massachusetts, which maintain minimum wages of $13 and $12.75 per hour, respectively.

What is the highest local minimum wage?

Seattle offers the nation’s highest local minimum wage at a rate of $15.45 per hour. New York City, San Francisco and Washington, D.C., each maintain a minimum wage of $15 per hour.

What is the lowest state minimum wage?

Georgia and Wyoming both have state minimum wages of $5.15 per hour. However, employers in these states must abide by the FLSA and pay the federal minimum wage to their employees.

Indexing the minimum wage to inflation

In 18 states and Washington, D.C., the minimum wage is indexed to inflation. That means the minimum wage in these states does not suffer the same decline in real value that plagues the federal minimum wage. Instead, the wage is increased (usually annually) directly alongside the rate of inflation, independent of any legislative increases.

What do minimum wage increases mean for small business?

Naturally, this mandatory upward pressure on wages represents an additional expense for small business owners. Oftentimes, this means finding ways to cut other expenses, boost revenue or both. In the short term, minimum wage increases could lead to measures like price hikes, negotiations with suppliers or even a need for a working capital loan. In extreme cases, small businesses might need to institute furloughs or even layoffs.

“The results of our research show that we can raise pay to $15, even in low-cost states,” Godoey said in a statement. “The data show that the minimum wage has positive effects, especially in areas where the highest proportion of workers received minimum wage increases. We also found reduced household and child poverty in such counties.”

More disposable income for low-wage households generally leads to more spending within the local economy. A report from the Federal Reserve Bank of Chicago demonstrated that a $1 hourly increase in the minimum wage could boost consumer spending amongst households with minimum wage workers by as much as $2,080 per household annually. Many of those dollars are likely to flow to small and midsize businesses within those households’ local communities.

A common argument against minimum wage increases is that they will result in the loss of jobs. However, historic research suggests the opposite could be true. In one study, economists David Card and Alan B. Krueger examined a 1992 minimum wage hike in New Jersey and compared how the restaurant industry (often considered to be the most impacted by minimum wage increases) fared against similar establishments in neighboring Pennsylvania. Not only did New Jersey’s fast-food employment grow, it outpaced Pennsylvania’s by 13% that year.

More recently, a 2018 study by Godoey and Reich, along with economists Sylvia A. Allegretto and Carl Nadler, examined employment in six major cities that increased the minimum wage – Seattle, Chicago, San Francisco, San Jose, Oakland and Washington, D.C. – against jurisdictions that did not raise the minimum wage. The report concluded that researchers “cannot detect significant negative employment effects” from raising the minimum wage.

A recent survey of 2,118 small business owners conducted by CNBC and SurveyMonkey found that more than 57% of small business owners in the 20 states that will raise their minimum wage this year don’t expect their business to be affected. However, this survey was conducted prior to the novel coronavirus pandemic and associated lockdowns and does not reflect furloughs or layoffs companies made to survive the economic fallout.

While any increase in expenses, especially a government-mandated one like the minimum wage, means some uncomfortable adjustments for small businesses, increases in the minimum wage could have beneficial midterm and long-term effects for local and regional economies. When working people have more money to spend, they tend to purchase goods and services from small and midsize businesses in their communities. Moreover, there is significant evidence that minimum wage increases do not kill jobs in the long term, but ultimately contribute to broader economic growth and an increase in job opportunities. However, minimum wage increases will likely prompt small and midsize businesses to take short-term measures to boost revenues and cut expenses.

For 20 states and many cities in the U.S., the minimum wage will increase this year. Small business owners in those states should consult accountants on how to prepare for the increase in payroll expenses. However, small business owners should also seek to take advantage of the likely bump in wealth for many of their local customers.