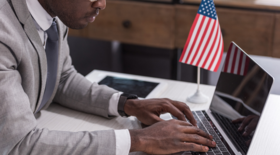 Veterans provide an invaluable service to our country by putting their lives on the line, but what few business owners and commercial actors fail to understand about them is that the advantages of military habit can be enjoyed in the commercial sector too, once veterans have finished their service. By ignoring veterans, business owners and corporate professionals aren’t simply shunning selfless individuals who have sacrificed on behalf of others, but are also inhibiting their own success by turning away recruits with highly desirable skills.

In fact, having a workforce that’s undergone military training can be incredibly beneficial to your company. Here’s an exploration of how military training can give you a business advantage, and why companies everywhere should pay serious attention to veterans when the time comes to make a new hire.

The advantages of military habit

Let’s begin by reviewing the myriad of advantages that stem from military habit, or the habits instilled in an individual from their time in the armed services. Whether an individual served in the Army, the Navy or the Air Force, they likely underwent serious training that included not only intense physical but also complex mental exercises. If you enjoy perusing publications that have a military audience in mind, you may find it enjoyable to browse the 10 habits that make veterans stand out in a crowd, such as how they walk or eat. More seriously, you should consider the many advantages you can derive in a commercial environment from time spent in the military.

Veterans are used to rigid schedules that simply must be obeyed, for instance, and are thus far less likely to show up to work late. Regardless of which branch they served in, all veterans of the United States armed services must diligently arrive on time when called to service. This will be incredibly good news to those business owners who are sick and tired of offering a job to someone only to find out they don’t care enough to show up when and where they’re most desperately needed.

In addition to that, all veterans of the U.S. armed services understand the importance of respecting their superiors. You don’t have to be a veteran yourself to understand how serious it is for a new recruit in the military to talk back to their superior officer. Watch any Hollywood film, for instance, and see how ne’er-do-wells are dealt with in bootcamp when they talk back to their drill sergeants. Hollywood theatrics aside, there’s no denying that veterans understand the importance of a hierarchical chain of command and thus fit well into clearly delineated organizational structures.

It’s worth considering the benefits of military training when you’re considering your next investment into GWO training or similar workforce training regimes. Ensuring that your employees’ skills are up to date is important, but certain things taught in the military can’t be understood or appreciated to the fullest extent possible by those who were never part of it themselves.

There are many reasons to hire veterans from an organizational standpoint. Whether it’s their respect for authority, timeliness, or ability to work with others on short notice, military service members are obviously ideal for many aspects of the corporate world. What too few business owners appreciate is that consumers also love veterans, which can enable your business to market its products or services in new and exciting ways. When you have a veteran-majority workforce, for instance, you can include that in advertisements to great effect, as customers want their hard-earned dollars to support those individuals who have put life and limb on the line to ensure our freedoms here at home.

For proof of that, look no further than the positive press coverage garnered by those companies and startups launched by veterans. Almost immediately lauded solely thanks to the veteran status of the individuals who created these companies, these various brands will benefit from such coverage and attract excellent prospective workers who want to join a business that treats veterans well. Those business owners who foolishly think that hiring a veteran will do nothing for their company are thus well advised to think again. By embracing service members in your ranks, you’ll ensure that customers everywhere are more attached to and supportive of your brand than ever before.

The advantages of military habit can also come into play here; veterans come from all walks of life. According to data from the Pew Research Center, for instance, today’s military is more diverse than ever before. What better way to appeal to our diverse modern consumer base than with a diverse modern workforce that stems from all walks of life? Veterans speak many different languages, look different from one another, worship differently, and generally perceive the world in a diverse set of ways. Failing to take advantage of that fact will leave your company much worse off than it otherwise would be.

There are also good financial reasons to take advantage of workers who possess previous military training. It goes without saying that some service members will be financially savvy, but the real benefit from hiring them can come in the form of tax credits. Uncle Sam is pleased to reward those businesses who are hiring veterans in need of a new opportunity to make a living for themselves. As a result, businesses everywhere that are struggling under an immense tax burden should consider hiring a diverse, veteran-majority workforce that enables them to collect tax credits that subsequently allow for greater financial freedom in your commercial pursuits.

Of the many reasons to hire a veteran today, the tax credits provided for such a situation is one of the most enticing. You can also enjoy the fact that they’re natural leaders who aren’t afraid to lead by example, which will in turn lead to wiser decision making across your company. Even your workers who were never in the military can thus benefit from military training, as they’ll be exposed to it when they interact with and work alongside of their veteran counterparts.

Veterans thus save businesses thousands of dollars when the time comes to pay their taxes while also streamlining operations and ensuring that non-veteran employees feel more productive and safe in the workspace than ever before. The truth of the matter is that the immense benefits derived from military training likely can’t be precisely quantified, so extensive and diverse are they in their nature. Company managers and small business owners will simply have to content themselves with the fact that it’s the right decision for moral, financial, and productive purposes.

Not everybody can serve in the United States military, but business owners everywhere can take advantage of the military habits that veterans bring along with them when they enter into the private workforce. By having veterans on your team, you’ll be taking advantage of tax credits, ensuring that you have a stable workplace hierarchy, and giving back to those who have already served others in the past. Business owners who are considering making a new hire sooner rather than later should pay attention to the many commercial benefits derived from military training.