Learn how to make the best healthy apple crisp from scratch! Sweet and tender apples tossed with spices and topped with a crunchy oat streusel… What’s not to love?? It’s so easy to make too! No eggs, dairy, refined flour or sugar and just 124 calories! 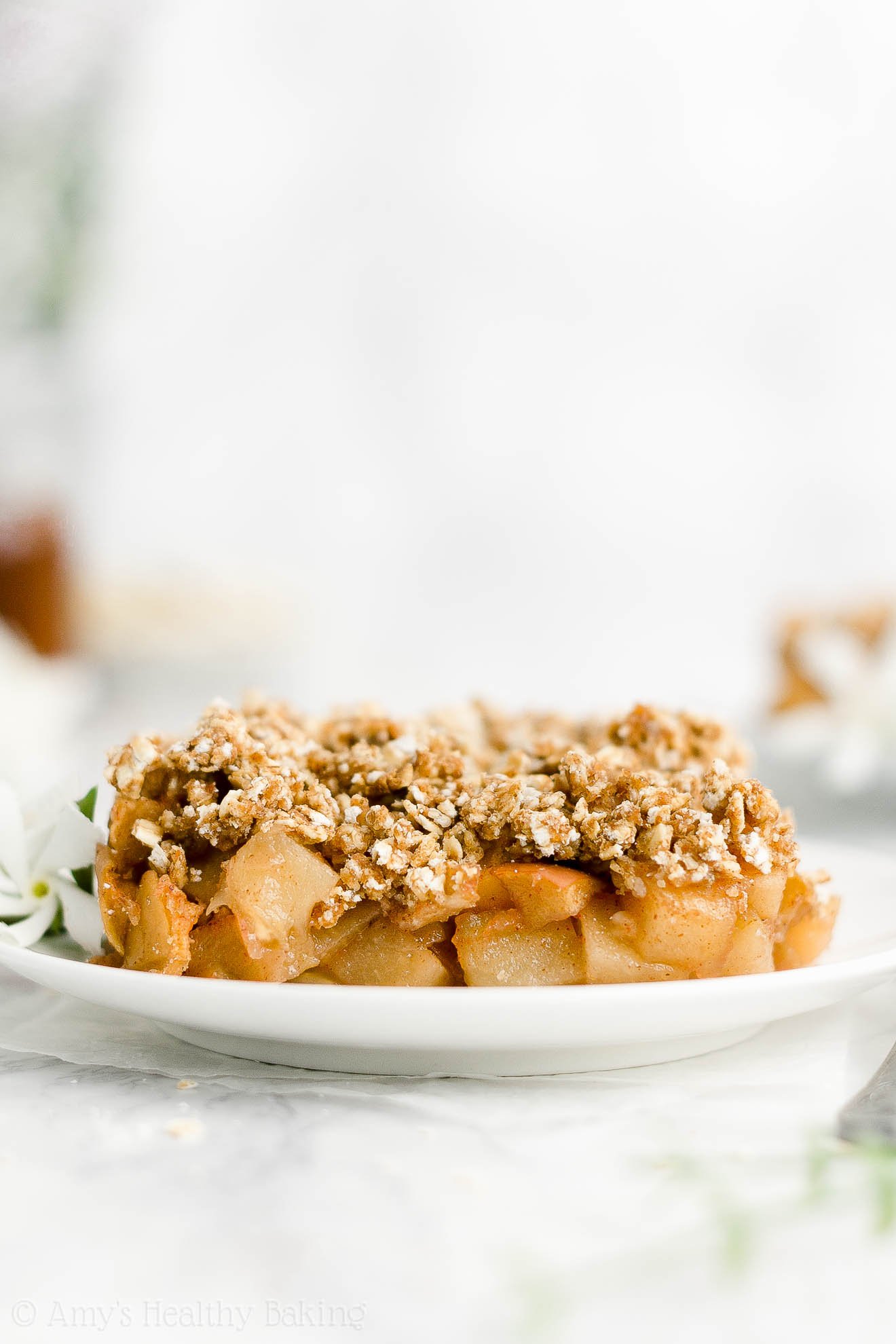 Towards the end of last summer, my brother told my parents about a fun rest stop called Apple Hill on the drive up to their cabin in the mountains. It was originally a group of 16 different apple orchards, but over time, it grew to include other fruit and vegetable farms, flower gardens, wineries, and even a day spa.

However… The apples are still the main attraction! They have at least 20 different varieties spread out across the various orchards, including many at their “You-Pick” farms where visitors can wander up and down the rows of trees to reach up into the branches and fill baskets to bring home. Yet my brother and my parents began looking forward to stopping there for a different reason… 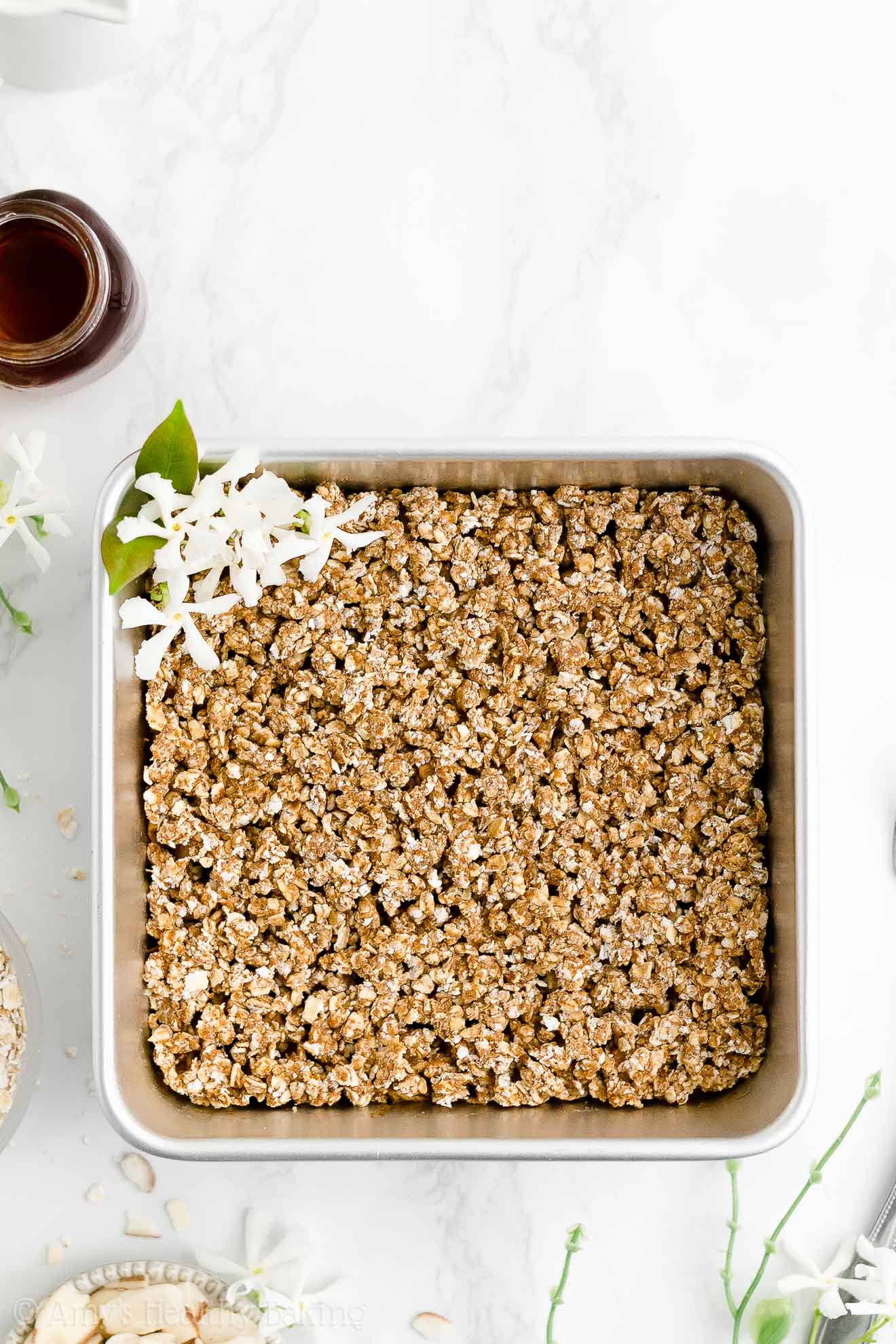 The apple sweets and treats!

Many of the apple farms sell their own handmade goodies, and judging from the long lines and throngs of people at their gift shops, those always seem to be incredibly popular amongst visitors. Although they offer plenty of canned and bottled options like apple jams and jellies, apple cider vinegar, apple butter, and apple syrups…

Most people walk away carefully clutching plates or paper bags in their hands, ones that hold a big slice of apple pie, a generous amount of apple crisp, a set of apple dumplings, a few apple turnovers, or — everyone’s favorite! — hot, fresh, deliciously sweet apple donuts and apple fritters covered in sticky glaze or plenty of cinnamon sugar.

I’m pretty sure that’s the biggest (and maybe even sole!) reason anyone in my family bothers to stop the car on their drive up to the cabin! 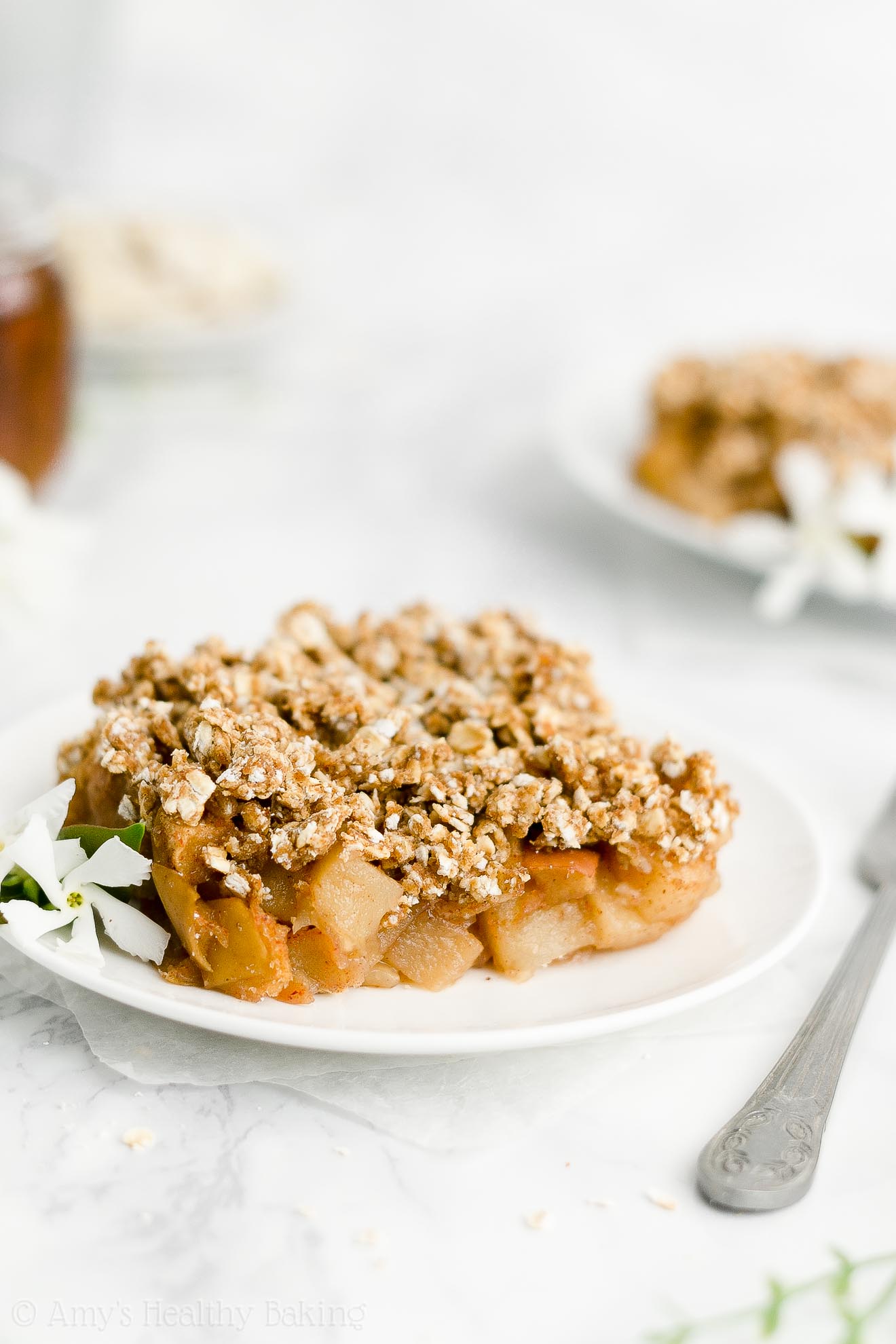 My parents and brother have gone up to the cabin a few times to check on how it survived the winter snow and take care of a few minor repairs during the late spring this year, but because of everything going on in the world right now, they cruised right past the freeway exit for Apple Hill both coming and going. I think Mom missed the orchards the most… She mentioned the donuts and desserts after each of their weekend trips!

Although tempted to make fresh fried donuts as a special surprise for her, the idea of standing over a pot of boiling hot oil during the hot summer weather didn’t sound all that appealing to me. Yet I figured I could do the next best thing and surprise her with an apple dessert that was secretly healthy enough for breakfast… 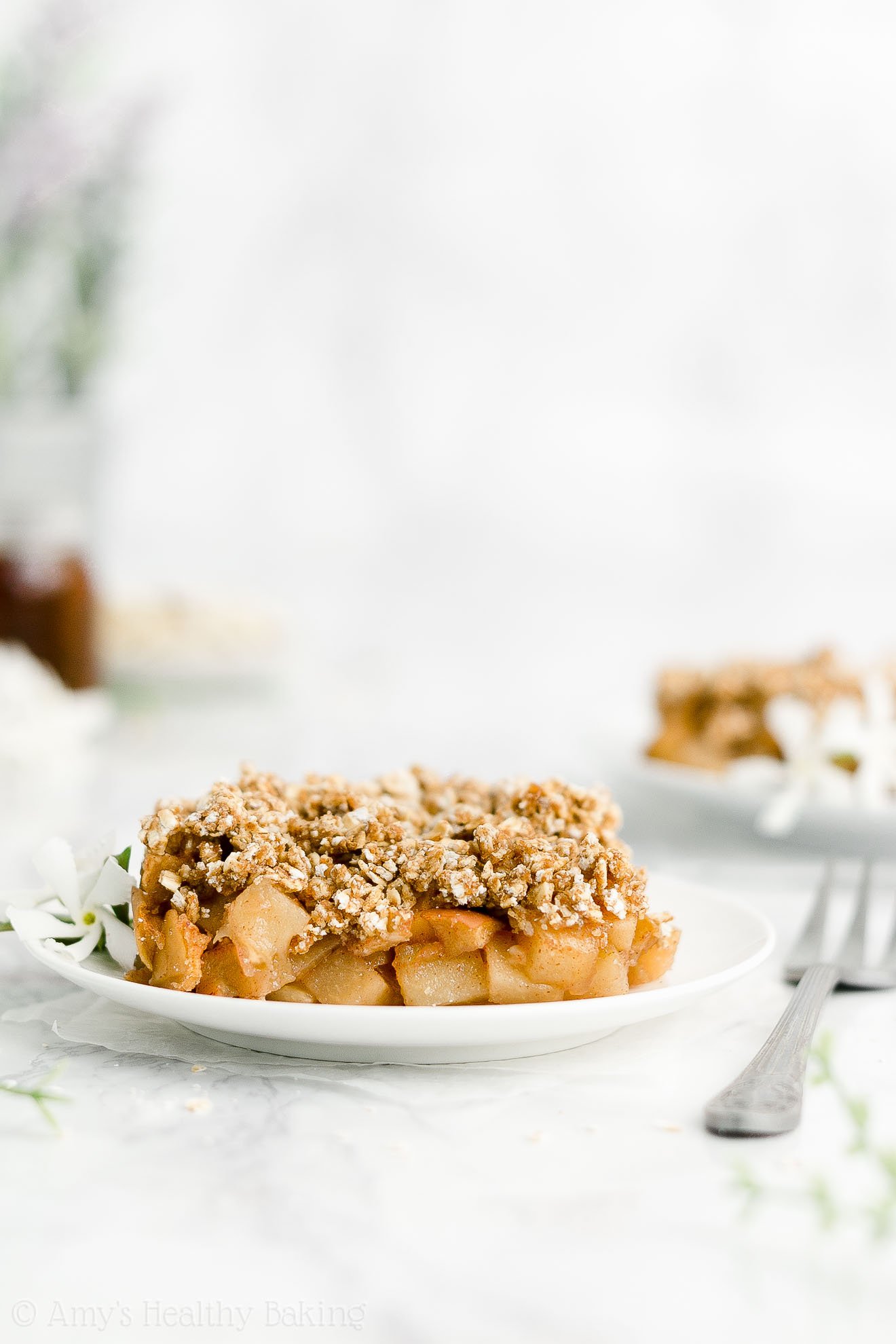 Which resulted in this Healthy Small Batch Apple Crisp! It has plenty of fruit, the same sweet cinnamon apple flavors as pie — and as the donuts my family loves so much! — and a lovely oat streusel on top. (And an oat streusel is pretty similar to granola, which makes this totally acceptable for breakfast, right??

Yet this easy dessert recipe has no eggs, refined flour or sugar (along with a dairy-free option too!), and each serving is 124 calories!